BUTIFOUR® is an all-in-one solution for an improved intestinal health, a well-balanced and a powerful formula based on butyrate, a salt of butyric acid. BUTIFOUR®, thanks to carefully selected ingredients, covers all the species-specific needs.

BUTIFOUR® is especially developed to promote intestinal health and support the gut in his day-to-day functions. As we all know, a wellbalanced gut health, with the use of BUTIFOUR®, is the key to an optimal performance of your animals. 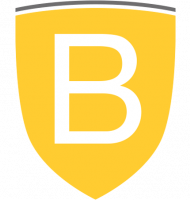 Modern animal production has undergone dramatic changes over the last 50-60 years: genetic selection for high growth rates, as well as improved management and nutrition strategies, have led to increased performance standards. However, in the near future, animal performance could reach a ceiling due to genetic and physiological limits. As the intestine is the most important organ to convert feed into meat, it is no secret that the expression “animal gut health” has entered the collective consciousness and has become the standard of animal industries and research.

Gut health in animal production
For years, the correlation of failing gut health with discouraging zootechnical results and intestinal diseases in animal production has been clear. In addition, the genetic potential of our modern production animals allows them to grow faster, providing them with a minimum of feed. Obviously, the well-functioning of the intestinal tract plays an essential role in optimizing this genetic potential. A lot of research has been conducted to identify the role of the gut: risk factors, as well as some key molecules supporting intestinal health, have been identified. One of these well described key molecules boosting animal gut health is butyric acid, explaining the interest of Impextraco® in developing a intestinal health enhancement product based on butyrates: BUTIFOUR®.

Focusing on antibiotic reduction with Butifour
Livestock performance and feed efficiency are closely interrelated with the intestinal microbial load, its morphological structure and immune status. Antimicrobial growth promoters have made a remarkable contribution to profitability in animal production. Although some are used therapeutically, most were given for prophylactic purpose and to improve growth rate and feed conversion efficiency (as antibiotic growth promoters or AGPs). As a consequence of the increasing concern about antibiotic resistant bacteria, the European Commission decided to ban the use of antibiotics as growth promoters in feed in 2006. In other countries, consumers are pushing the livestock industry to rear animals without AGPs or to reduce the use of antibiotics. Subsequently, large integrators in different non-EU countries are phasing out the use of AGP in their flocks targeting antbiotic free production. The importance of AGP alternatives has thus become a main focus of the animal industries and research.

One of these, in meanwhile, well studied AGP alternatives participating to the antibiotic reduction concept, are butyric acid based products. Synergistic butyrate based products are seen as a potential AGP alternative as it plays a major role in promoting gut health by promotion of the intestinal integrity modulation of the immune system, balancing the intestinal flora and improving digestion and absorption of nutrients, leading to enhanced performance. Impextraco is aware of the potential of these molecules and is focusing his research to provide his customers with a non-antibiotic alternative.

Fig. 1. Metabolism of calcium butyrate in the gastrointestinal tract: bypass of the stomach (1), disruption of the coating by lipase (2) and gradual dissolving of calcium
butyrate and thus release of butyric acid through the intestinal tract (3).

Fig. 1. Metabolism of calcium butyrate in the gastrointestinal tract: bypass of the stomach (1), disruption of the coating by lipase (2) and gradual dissolving of calcium
butyrate and thus release of butyric acid through the intestinal tract (3).

Have a look at the brochure Download our preview.