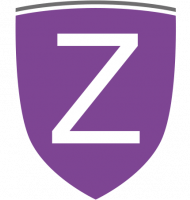 Why Zympex®
Since all plant material contains phytic acid, using phytase generates cheap phosphorus, while at the same time eliminating anti-nutritional effects and safeguarding the environment. The enzymes degrading Non-Starch Polysaccharides allow the use of a wider range of feedstuffs, while improving digestibility and animal welfare. Thanks to those natural tools, economic improvement and sustainability go hand in hand.

Enzymes are very efficient tools selected from nature
Enzymes are the tools that accomplish biochemical reactions in living organisms. In digestive juices, the main functional ingredients are the (endogenous) enzymes, such as amylase, lipase and proteases. Those enzymes digest the major nutrient fractions from feed.

Since prehistoric times, enzymes have improved and diversified food: the yeast used in beer production functions by secretion of enzymes; the Flemish people excel by brewing a huge variety of beers. Similarly, also the fermentation processes occurring in the (hind)gut are enabled by microbial secretion of a wide range of enzymes; the gut microflora thus further processes substrates which remain undigested by digestive juices.

By industrial cultivation of the appropriate micro-organisms, it became feasible to produce (exogenous) enzymes for addition to feed or food. By hydrolysing the highly viscous Non-Starch Polysaccharides, those enzymes improve digestion. However, even after hindgut fermentation, a very large fraction of fibre still is lost in the faeces, thus further highlighting the importance of well selected NSP degrading enzymes. The presence of phytic acid was largely neglected until phosphorus pollution was penalised. Introducing the phytase enzyme realises important phosphorus savings, while also eliminating anti-nutritional effects.

For an ongoing success story: supplement your feed with Zympex® enzymes!

A historical breakthrough
Broiler diets used to contain mainly (white) maize and SBM, simply because their relatively low fibre content was best digestible. As still is the case in many countries, the Flemish region therefore had to import huge quantities of feedstuffs.

By the mid-nineties, the use of xylanases and β-glucanases allowed switching from imported, thus expensive corn to local, thus cheaper wheat and barley. Later on, the scope for NSP degrading enzymes was further enlarged to a wider range of feedstuffs (including corn/SMB diets and other vegetable protein sources) and species (also pigs, aquaculture, ruminants …).

By favouring the use of local feedstuffs and reducing import, sustainability and economics go hand-in-hand. Impextraco®’s innovative approach towards vegetable proteins further enables the use of local feedstuffs. Apart from economics and sustainability, NSP degrading enzymes also improve animal welfare: reduction of gut viscosity and flatulence, better litter quality and a positive influence on the microflora. Especially with Zympex® 008, this is translated in a better carcass quality.

Have a look at the brochure Download our preview.