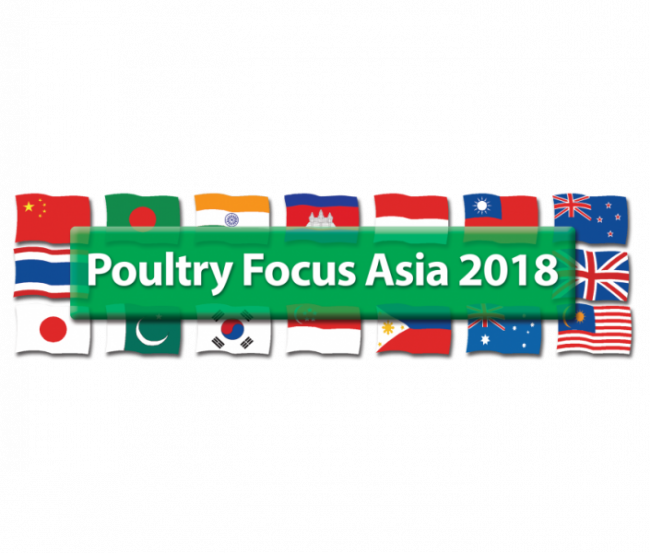 Intestinal gut health is key for overall performance and health and can be impaired by different factors. One of these factors is the presence of mycotoxins in the feed. Mycotoxins are immunosuppressive leading to higher susceptibility to secondary infections and production losses. The indirect effect of mycotoxicosis on performance losses fi nds its origin into impaired gut barrier functioning and decreased gut health (bacteria dislocation) with an altered immune response as a consequence (fig 1). 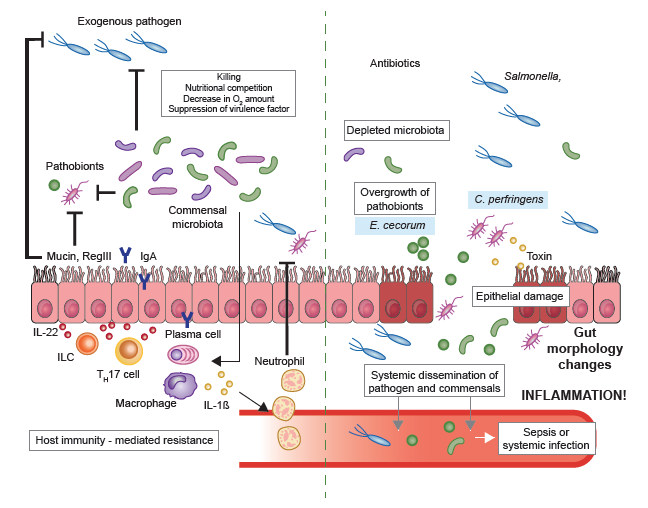 Fig 1. The intestine is the largest immune organ orchestrating all different kinds of immune responses. One gut barrier functioning is affected by mycotoxins, so called leaky gut stage, the regulated immune response switches to infl ammation.

To gain information on the effect of mycotoxins on the animals immune reaction, biomarkers were used as a tool in this in vivo experiment. Biomarkers give the opportunity to detect changes in biological parameters in a very early stage after contamination, including immune responses. Ninety six one-day-old broiler chickens were used to evaluate the effect of feeding naturally contaminated rations with low levels (17 ppm) of fumonisins and the protective effect of a commercial mycotoxin eliminator on circulating and intestinal immune cells, blood biochemistry and haematological variables.

Contamination with fumonisins lead to a signifi cant increased sphinganine to sphingosine ratio, decreased hematocrit value, decreased total leukocyte count and an increased ratio of albumin to globulin in the blood biochemistry. All these signs are correlated with a decreased general health status. The immune response to fumonisins was clearly demonstrated by a signifi cant effect on the amount of circulating helper T-lymphocytes, regulatory T-lymphocytes and terminally activated cytotoxic T-lymphocytes. The number of circulating monocytes and macrophages was also significantly decreased by contaminating the broilers, whereas the use of an effective mycotoxin eliminator resulted in higher levels of available immune cells again and hence give immune support to the animal to overcome not only mycotoxicosis but also secondary infections. 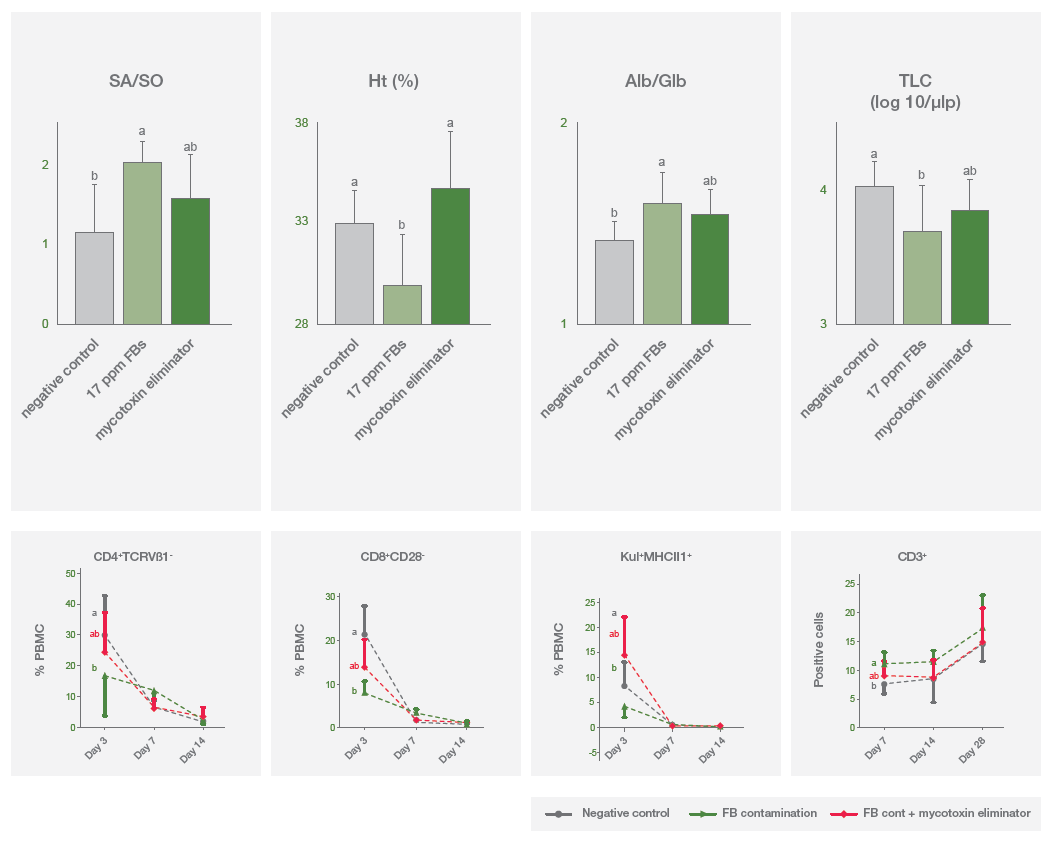 In conclusion, there is still much to reveal on the effect of mycotoxins in the gastro intestinal tract. However, in this research, it is clearly demonstrated that mycotoxins, fumonisins in this particular case, affects immune responses orchestrated by impaired gut barrier functioning and metabolic changes. Biomarkers, such as circulating lymphocytes, are a great tool to better understand how mycotoxins cause production losses by immunosuppression. 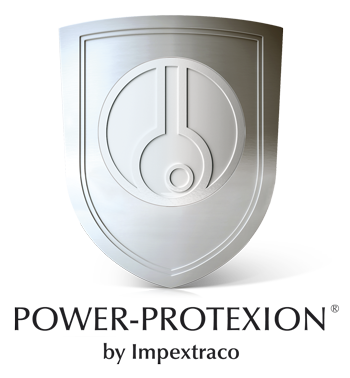