Intestinal gut health is key for overall performance and health and can be impaired by different factors. One of these factors is the presence of mycotoxins in the feed. Mycotoxins are immunosuppressive leading to higher susceptibility to secondary infections and production losses. The indirect effect of mycotoxicosis on performance losses fi nds its origin into impaired gut barrier functioning and decreased gut health (bacteria dislocation) with an altered immune response as a consequence.

The intestine is the key link between ingested mycotoxins and their detrimental effects on the animal. This challenge to intestinal health will predispose the animal to intestinal infections and impair effi cient digestion and absorption of nutrients with the associated effect on animal productivity. So it all starts with the gut and its intestinal lining…

When considering mycotoxins, the focus is normally only on the post absorptive effects of mycotoxins, whether they manifest in chronic or acute signs. This is a major oversight of the impact mycotoxins have in the intestinal environment. Mycotoxins have varying bio-availabilities, some will be more rapidly absorbed, whilst others will get further along the GIT. When passing by the intestinal lining they can be transported transcellular or paracellular through the enterocytes (fig 1).

Enterocytes contain different surface proteins, such as effl ux proteins that are responsible to pump toxins back to the lumen or tight junction proteins that are responsible to glue enterocytes together . When tight junction proteins are affected by mycotoxins more translocation of bacteria and toxins will take place, resulting in an increased immune response and a state of infl ammation, also referred to leaky gut (fi g 2). 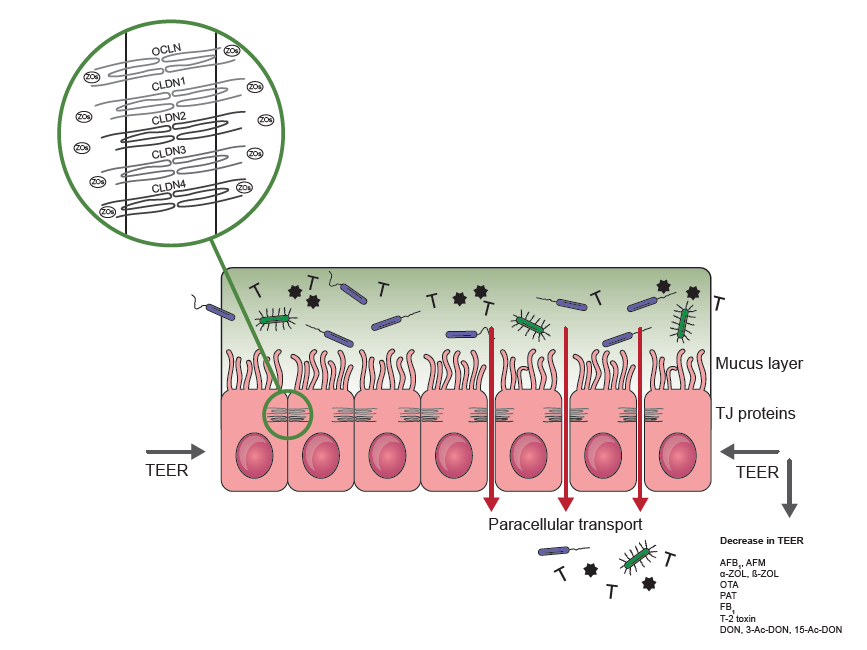 When more toxins and bacteria are passing the gut barrier they will trigger pro-infl ammatory cytokines and eventually will lead to infl ammation, which again will result in more damage to the cell lining and leakage, which is a vicious circle.

So in conclusion, mycotoxins increase permeability of the intestinal epithelial layer, resulting in excessive and uncontrolled leakage of foreign material into the animals leading to infl ammatory and altered immune responses (fig 3) and eventually impairs growth and performance. 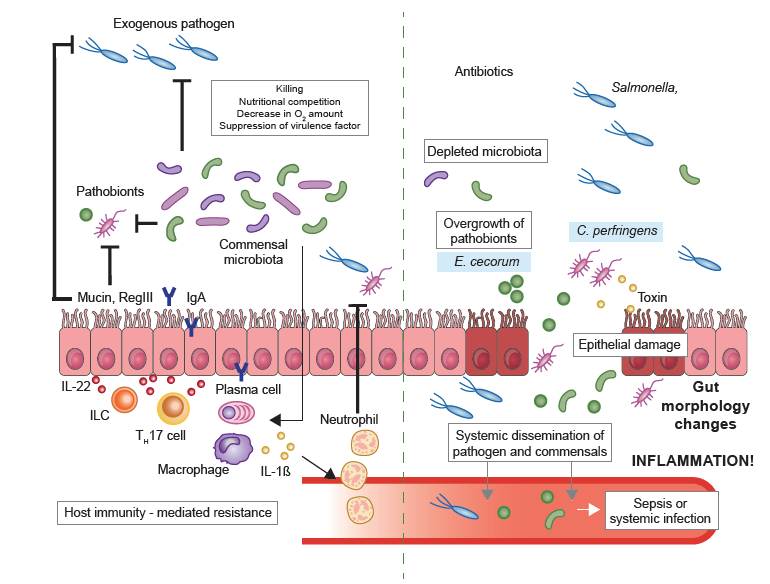 Fig 3. The intestine is the largest immune organ orchestrating all different kinds of immune responses.

Numerious immune cells are sensitive to mycotoxins, such as macrophages, B- and T- lymphocytes, natural killer cells, but mycotoxins can also alter cytokine secretion and suppress anti-body response. See various research with Elitox on this topic in pigs and poultry using biomarkers and flow cytometry as great tools to quantify this response.

Decreased resistance or increased permeability, not only leads to increased translocation of bacteria, but also to nutrient leakage. This together with damaged barrier and impaired nutrient digestion and absorption make mycotoxins a predisposing factor for necrotic enteritis.

All of these factors together affect animal productivity and producer profitablility, and should always be taken into account when assessing the cost effectiveness of counteracting mycotoxins. Inflammation not only compromises the integrity of the intestine, but also has an energy and nutrient cost. When comparing mycotoxicosis to other infections or diseases leading to growth losses, mycotoxicosis leads to the second biggest loss, next to digestive bacterial infections, mainly due to decreased feed efficiency and reallocated energy away from growth towards maintenance and immunity (fig 4). 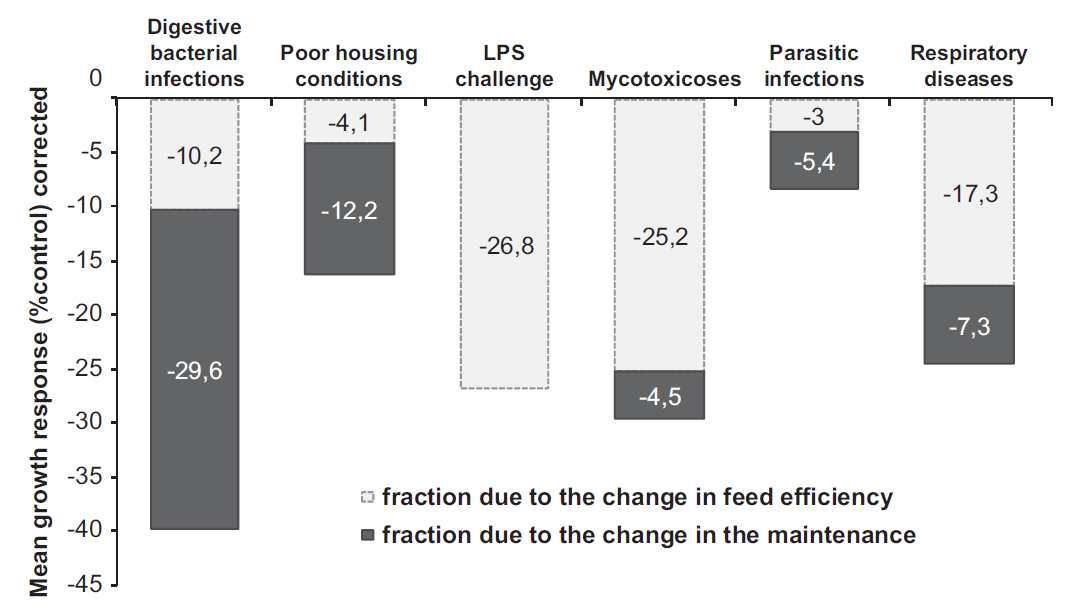 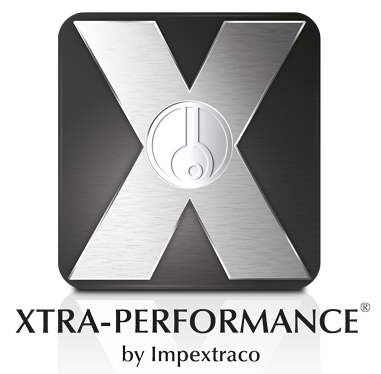